“And every creature which is in heaven, and on the earth, and under the earth, and such as are in the sea, and all that are in them, heard I saying, Blessing, and honour, and glory, and power, be unto him that sitteth upon the throne, and unto the Lamb for ever and ever.”       (Rev 5:13) 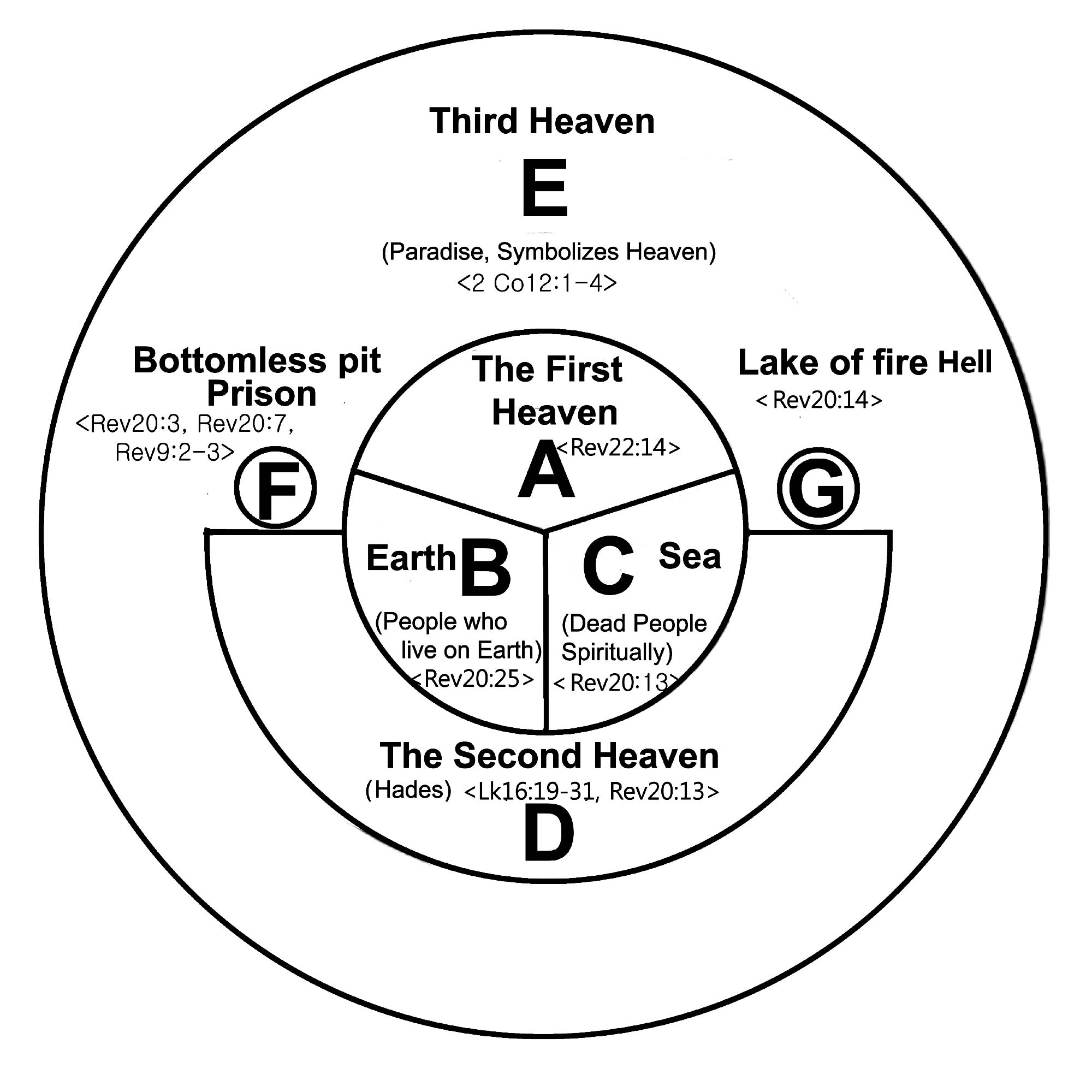 The concept of salvation in the revelation is what’s written in the book of life as follows, and the believers who have been recorded in the book of life must always wash and wear the fine linen, clean and white, which represents righteous deeds (Rev 19:8), in order to not be erased from the book of life, maintain purity and walk towards the tree of life that leads to life everlasting (Mal 3:16-18/Lk 10:19-20/Php 4:3/Rev 22:14).

This applies to all believers going into the Holy City in oder to participate in the first resurrection, and what the sacred linen, which is a clean and white robe, symbolizes is believers’ righteous deeds, following the path of becoming the bride of Jesus by obeying His words of prophecy, accomplishing the prophecy and joining in the wedding party with Jesus.

“Behold, I give unto you power to tread on serpents and scorpions, and over  All the power of the enemy: and nothing shall by any means hurt you. Notwithstanding in this rejoice not, that the spirits are subject unto you; but rather rejoice, because your names are written in heaven.” (Lk 10:19-20)

Here(F), the bottomless pit refers to a hole of the spiritual world (Jude 1:6/2 Pe 2:4/Jer 2:13) in which corrupted angels that did not remain in their places but have left their habitations are imprisoned and changed into evil spirits from God (1 Sa 16:14-16).

Also, the “third part” with personification which continues to come up throughout Revelation Chapter 8 symbolizes the sea of spiritual death in which Satan dwells, just as the Dead Sea in which no life can live. When you divide the religious world into heaven, earth and sea, the sea takes up one third of the whole, and subsequently, the “third part” represents those who belong to Satan and have faced spiritual deaths.

Therefore, the “third part” in Revelation Chapter 8 is used to mean the spiritually dead people who have been deceived by Satan. The dying of the third part here refers not to an actual, physical death but rather the death in Hades from being deceived by the followers of Satan, leaving the truth to be a part of the sea and becoming those who are not saved and are spiritually dead.

Looking closely at the religious world, believers are divided into three groups: holy people of the first heaven (belong to God), dwellers on the earth (not yet decided), and the dead of the sea (belong to Satan), each of who takes up one third of the total number.

The Kingdom of Christ in the end times, the church in Philadelphia, which is called the “First Heaven” on earth because there is a gate to heaven opened by the key of David (Ge 28:12-14/Isa 22:20-22).

Therefore, the Holy people of the “First Heaven” who are saved and die in the Lord transcend death and reach God’s paradise, “the Third Heaven”.

Here, the Holy people of the “First Heaven” are spiritually alive-symbolize those who are recorded in the book of life, wash their robes and go towards the tree of life.

They experience an instantaneous transference of dimensions through which the tabernacle of body, which is a protective shield in this life, is stripped away and instead takes on the Holy body, symbolizing an eternal dwelling place, from the Third Heaven and proceeds to the step of the everlasting life. He or she will never see death and taste of death. (Jn 8:51-52/Jn11:25-26)

This is the special blessing for the brides of Jesus in the end times after appearance of the Kingdom of Christ following the time when the world changes into the kingdom of our Lord and Christ since the day when the seventh angel sounds his trumpet.         (Rev 11:15/Rev10:7/1 Co 15:51-54)

Since the salvation of the whole, holy body that reaches the first resurrection bears fruit by joining in the kingdom of Christ in the end times, each believer will become a servant of the Lord, who is the kingdom of the Lord and the priests that are like kings. This is achieved according to the journey of the religious world that constitutes the brides community of Jesus Christ.

Thus, the Holy Spirit has been given as an assurance in order for us to achieve this Holy body of eternal life (2 Co 5:5).

Copyright © 2021-2022 The Beulah Mission of PhilaChurch All Rights Reserved